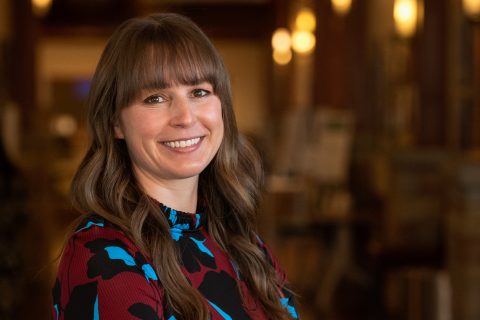 Jessica McDonnell is the newest Family Nurse Practitioner at Silt Family Practice at Valley View, and an experienced professional who has been working in Western Colorado since 2016.

Jessica attained her Bachelor of Science in Nursing from Boston’s Northeastern University in 2015, and joined the VVH family soon after as a Family Birthplace Registered Nurse. “Boston was great, but the first year there we got 15 feet of snow,” she says. “Panic and pandemonium! It was nice to get into the mountains, where we’re a little more used to that kind of thing.”

Before embarking on her nursing career, Jessica played on a very different field: she attended the University of Hawaii where she played Division I soccer as a starter for four years, assuming the captain’s role during the 2004 season. “After playing soccer throughout college, I was a professional in Germany for a year,” she says. “I didn’t quite make the national team unfortunately, but I played with and against all the people that did!”

A knee injury did cut her career short, but it also gave her some valuable insights into patient health. “I understand how important personal connection is during patient recovery, and how important individual wellness is during that process,” she says. “Helping patients understand their overall health and how they can improve it, that’s the best part of my job.”

Jessica has lived in New Castle with her husband and two Alaskan malamutes for the last five years. They enjoy hiking and biking, as well as snowboarding—“really, anything that keeps us outside and moving!” She is also looking forward to coaching youth soccer again, since finishing her Master of Science in Nursing through George Washington University in 2020.

All patients and visitors are required to wear a mask that covers both their mouth and nose while at any Valley View location. If someone is unwilling to wear a mask, they will not be permitted to enter or stay in the facility.