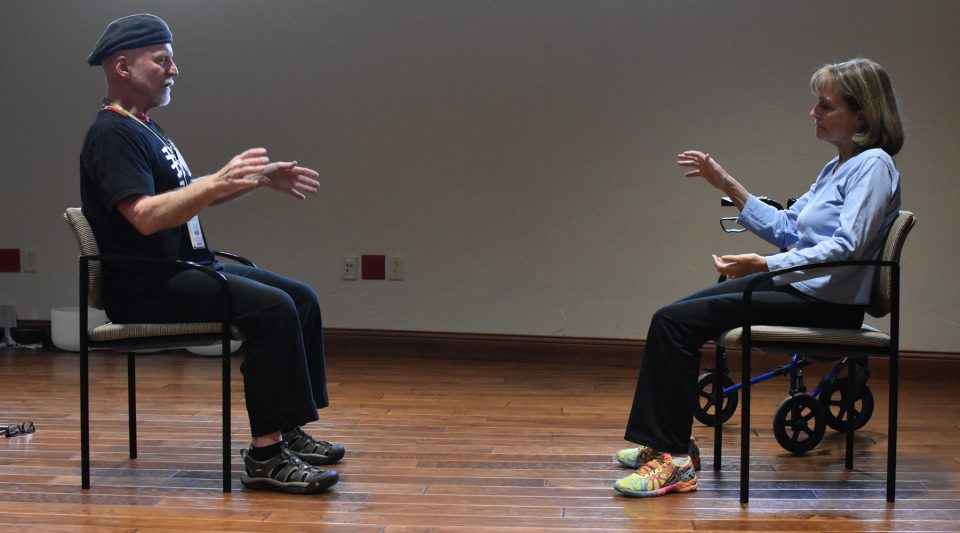 An art embracing the mind, body, and spirit, there is an increasing evidence base for Tai Chi in alleviating the symptoms of many health issues. Tai Chi is widely known in eastern medicine for its health benefits, including increased strength and flexibility, peace of mind, lower blood pressure, and improved posture. Tai Chi concentrates on relieving the physical effects of stress on the body and mind. Unlike most types of exercise, Tai Chi does not rely on strength, force or speed, making it an ideal exercise for just about everyone.

According to the National Institute of Health, research findings suggest that practicing Tai Chi may improve balance and stability in people with Parkinson’s and other movement disorders. The term “movement disorder” refers to a neurological condition causing abnormal movements. Movement disorders can cause both fast/jerky and slowed movements, which may be voluntary or involuntary. Common types of movement disorders include Parkinson’s Disease, Multiple Sclerosis (MS), and essential tremor.

Researchers from Harvard Medical School, The National Tremor Foundation, the Oregon Research Institute, and MSFocus.org have found that patients with movement disorders can benefit greatly from practicing Tai Chi. In addition, Tai Chi may reduce pain from knee osteoarthritis, help people cope with fibromyalgia and back pain, and promote quality of life and mood in people with heart failure and cancer.

“There are some days I walk out of here with such blissful serenity,” says Basalt resident Sandy Teich, 59, who was first diagnosed with Multiple Sclerosis in 1981. Teich heard about the class from her neurologist in Willits and decided to give it a try. “Even seated in the chair, it’s a great core workout. The intention and mindfulness behind the movements is so beneficial.”

Sandi Anderson, a fellow participant and Glenwood Springs resident, agrees wholeheartedly. “There are days that are just, wow, today was perfect,” she says of attending the class. “With Parkinson’s, you freeze. That (imaginary) line just stops you dead. John encourages me to back up and try it again. He also told me to look elsewhere, and it works! Physically disengaging my eyes from the posture was so simple, but I never thought of doing that before.”

John Norton is the instructor for the class and a 20-year resident of the valley. He has been a fitness trainer since 1992. John first discovered Tai Chi through his practice of yoga. “I loved the relaxation and felt renewed, revitalized and restored,” he says. “I wasn’t comfortable though in the sitting positions of yoga, I wanted to be moving. The moving meditation (of Tai Chi) really appealed to me and I’ve been hooked on it ever since.”

John describes the flowing movements of Tai Chi in balancing Chi throughout the body. “Everything in the universe is energy, or Chi,” he explains. We gather energy from our surroundings, the trees, the plants, the leaves and the grass. We gather energy from the galaxy and the sun and we balance the Chi in the body. We remove blockages in the energy pathways that are a result of injury and stress.”

The classes can be individually tailored to each participant’s needs. “Movements can be compounded or spread apart into single exercises,” Norton says, which makes it easier for attendees of all ability levels to participate. “I’ve never felt like I wasn’t part of the class because I couldn’t stand up,” Teich says. “John has helped me to participate no matter what. Not all classes are like that.”

“He’s an honorable instructor, who strives to ensure that each student gets something out of it and does the most they can for themselves,” Anderson says. “The ability to guide without pressure.”

For both Anderson and Teich, perhaps the most beneficial aspect of the class is the ability to connect with others. “Just knowing that someone else is going through something similar is heartening. If she can show up than so can I,” Anderson says.

Teich also appreciates the variety in each class. “He switches it up a lot. Sometimes it’s a lot of meditation, other days it will be stories about what the Chi is and what it means. I’m always learning something I can take home with me and practice there.”

Tai Chi for Movement Disorders is a weekly class, meeting Mondays and Wednesdays from 2:30 to 3:30 p.m. in the Mindful Movement Studio in Integrated Therapies at Valley View. Participants with a diagnosed movement disorder may participate in the class at no cost, due to the generosity of donors from the Valley View Foundation. For more information, call Shelby Keys at 970.384.6953.

Interested in Tai Chi, but do not have a diagnosed movement disorder? HealthQuest at Valley View offers a six-week Tai Chi/Qigong program for balance and fall prevention. For more information call Lydia Senn at 970.384.7566.

All patients and visitors are required to wear a mask that covers both their mouth and nose while at any Valley View location. If someone is unwilling to wear a mask, they will not be permitted to enter or stay in the facility.