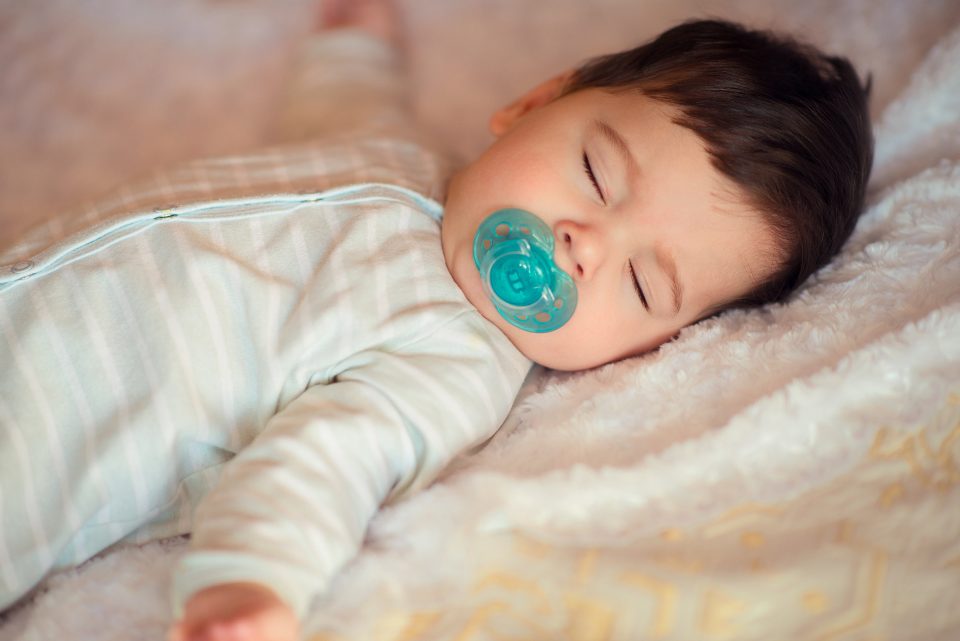 In medicine and especially pediatrics, it seems that many of the current recommendations are the complete opposite of what they used to be. Chances are that if you talk to your parents or grandparents you will find out that babies not only slept on their tummies, but doctors encouraged this! In 1994 the American Academy of Pediatrics (AAP) began a huge campaign to encourage babies to sleep on their backs. This single intervention has resulted in huge decreases in Sudden Infant Death Syndrome (SIDS). Since then, we as pediatricians have expanded “Back to Sleep” to “Safe Sleep” which encompasses many facets of providing your baby a safe sleep environment.  Why do we continue to be concerned?  In the United States alone 3,500 babies die every year. That is just under 10 babies a day which makes this an important conversation to have.

“Back to Sleep”
Let’s start with some low-hanging fruit, something that hopefully seems almost second nature at this point; babies should be sleeping on their back. This should be during every sleeping period, naps as well as through the night.  One reason I have heard parents use for not sleeping on the back is spit-up. Believe it or not, babies generally have built-in defense mechanisms that protect them from suffocating from spit-up. Babies who spit up or have reflux and sleep on their backs DO NOT have any increased rates of SIDS. Another often cited reason for not sleeping on their backs is fussy babies sleep better on their tummy. This is sometimes true.  However, once your baby falls asleep – it is important to roll them over on their back.

Bedding
A baby doesn’t need anything inside the crib or bassinette except a firm mattress and a fitted sheet. Pillows, stuffed animals, blankets and other bodies, such as in co-sleeping, all provide the baby with a potential suffocation risk. Swaddles can provide a valuable source of comfort for many babies. It keeps babies warm and provides comfort.  It is an invaluable tool for all new parents. Bottom line – the perfect sleep space is just a crib or bassinette and the baby.

Where should your baby sleep?
SIDS rates are highest in the first 6 months with decreasing rates after 6 months. Your baby is at the highest risk in the first 6 months. Per the AAP: “It is recommended that infants sleep in the parents’ room, close to the parents’ bed, but on a separate surface designed for infants, ideally for the first year of life, but at least for the first 6 months.” Let’s break this down a little. What does this mean? As I mentioned earlier, the highest rates of SIDS occurs before 6 months with the majority of that before 4 months old. So why share a room for 12 months? A known risk intervention for decreasing SIDS is babies sleeping in the parents’ room. What is not known is “why?” There are many thoughts but no definitive answers. Are parents who keep their kids inside their bedroom until a year more caring or more attentive to every cry? I’d say no. Does that make you a mean or a bad parent if you put your baby in their own room before a year? I’d also argue no!  After the 6 month mark, where your baby sleeps, whether in his/her room vs staying in the parents’ room is completely a parental decision. Both options can be justified because every family situation is different.

Co-Sleeping
When talking about SIDS, co-sleeping is a significant risk factor. I understand the temptation and the ease that co-sleeping represents, especially with breastfeeding. However, this is not a safe sleep situation. SIDS is by and large a suffocation issue and all the things that make our beds comfortable – lots of loose blankets, soft squishy mattresses, pillows, dogs or cats and other bodies – make it an unsafe sleeping situation for babies.

Dan Galka, MD is a board-certified pediatrician at Valley View’s Pediatric Partners. Born and raised in upstate New York, he earned his medical degree from the State University of New York (SUNY) and its Renaissance School of Medicine at Stony Brook. He completed a pediatric residency at the Naval Medical Center San Diego. After eight years’ active duty in the Navy as a lieutenant commander and primary care physician, he moved his family from North Carolina to Glenwood Springs. Dr. Galka’s patient care philosophy is to put the kids first. He enjoys getting to know both his patients and families equally and enjoys running into them at the grocery store in this small community. Outside of work, aside from being a Star Wars nerd, he enjoys family time, cycling and competing in triathlons. He is currently welcoming new patients of all ages, birth to 18, in Glenwood Springs, Silt and Willits in Basalt.

All patients and visitors are required to wear a mask that covers both their mouth and nose while at any Valley View location.

Valley View highly encourages people to bring their own mask. However, if a patient or visitor does not have a mask, Valley View will provide one.

If someone is unwilling to wear a mask, they will not be permitted to enter or stay in the facility.

Thank you for helping protecting our providers, staff and other patients and visitors.