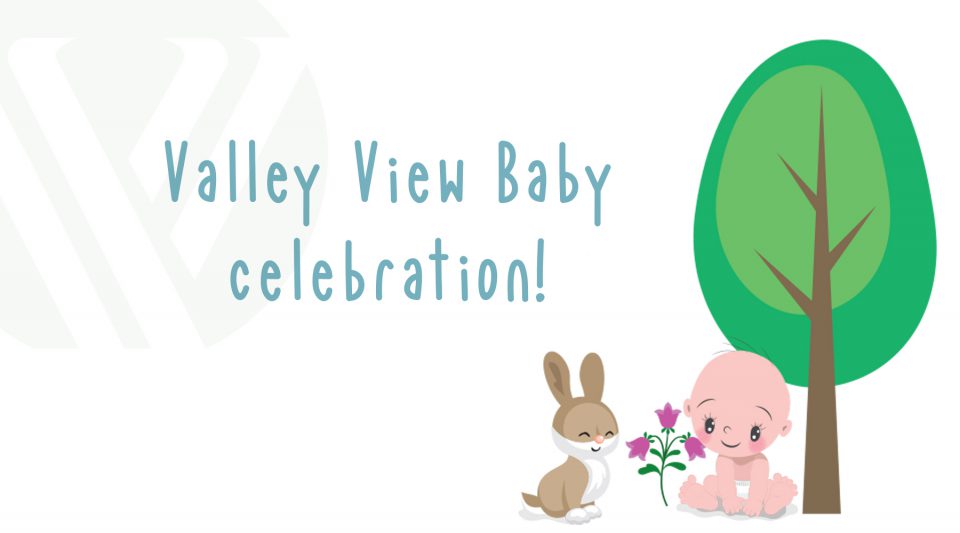 The Valley View Baby Celebration event on August 16 brought Valley View babies of all ages out to the hospital to enjoy cake, conversation, and community. In addition to the birthday cake and bubbles, attendees shared their personal memories of The Family Birthplace at Valley View.

Brothers Doug and Greg Coffman of Carbondale, born in 1956 and 1958 respectively, were amongst the earliest deliveries at Valley View. Their parents, Jo and Rex, were also in attendance and fondly recall delivering in the newly-established rural hospital.
“We lived in Eagle at the time,” Jo remembered. “The first twinge that indicated I was in labor meant we needed to head down the curvy Glenwood Canyon to the hospital. At that time, fathers were not allowed I the room. They kept me in the hospital for four days! That was over 60 years ago…so many changes have occurred.”
The infamous Glenwood Canyon also made its way into the birth story of Nate Bohlen. His mother, Julia Bohlen of Glenwood Springs, shared the story of Nate’s birth 1980 when I-70 through Glenwood Canyon continued to be a two-lane highway. She was living in Minturn at the time. “Our truck broke down in the canyon during a blizzard and we were stranded at the Hanging Lake exit,” she said. “Thank goodness a Coca-Cola truck driver saw us and gave us a lift to the hospital! The delivery driver actually called the hospital the following day to make sure everything was alright.”
A common theme throughout all of the memories shared was the care provided by the staff at The Family Birthplace. Sonja Marx gave birth to her daughter in 2008. Living in Alaska, she chose The Family Birthplace to deliver due to the close proximity to extended family, and the care and attention given to her during her pregnancy. She brought pictures of a younger Dr. David Brooks (of Pediatric Partners) that she saved.
A running joke regarding what state of construction the hospital was in while giving birth was a common question amongst the attendees. Some recalled the days of having to walk through the emergency department and up to the second floor and down again to reach The Family Birthplace.
More than anything, this event was a way to bring our community together and to thank all those who chose to make The Family Birthplace at Valley View part of their birth story. From the bottom of our hearts, thank you!